Synopsis: A documentary that follows the journeys of indie game developers as they create games and release those works, and themselves, to the world. 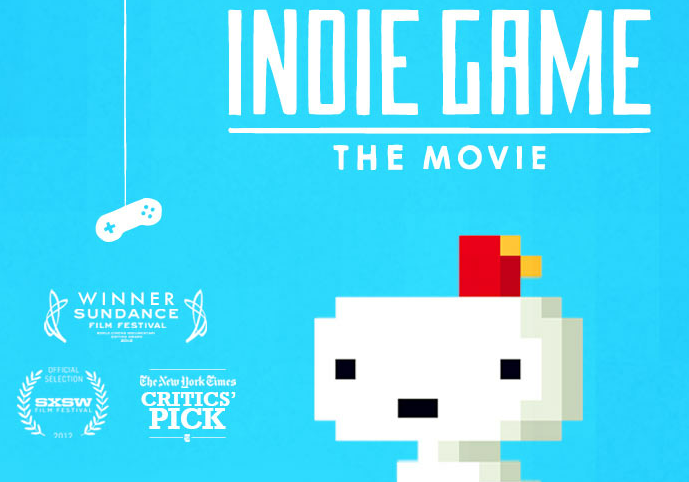 The last entry in this documentary special write up epitomizes passion and sacrifice in pursuit of a single dream. In this case it is the dream to develop a successful independent video game and the little seen damage it can do to the developers’ physical and mental wellbeing as well as their relationships. Of all of the documentaries in this series it is the one that had my heart palpitating in some sort of sympathetic stress. Just watching the various developers pour every ounce of their money and souls into realising their dream is enough to give you an ulcer and also reinforced why I will never have the courage to truly follow my dreams.

Although it is a general commentary on the state of the video game industry as a whole, directors Lisanne Pajot and James Swirsky focus largely on the journeys of two sets of developers: Edmund McMilland and Tommy Refenes making Super Meat Boy; and Phil Fish, the Canadian extrovert who found himself under phenomenal fan and community pressure to release his over-ambitious platformer Fez. While in 2014 most gamers will have seen both releases gain critical and commercial success as with most films it’s not the ending but the journey. And the journey for these living room games developers trying to compete on some level with uber-developers like EA, Ubisoft and Rockstar is as gripping, terrifying and emotional as any documentary I can remember seeing. In particular Fish who opens up like a well oiled door about the external pressures affecting his professional development, culminating in one of the most stressful hotel trips committed to screen.

Like Particle Fever and Battered Bastards of Baseball, Indie Game is as much a study in obsession as it is anything. And while the circumstances in which that obsession manifests, be it sport, science or entertainment, there are countless stories of those that have sacrificed family, health, wealth and happiness in pursuit of creating things we either don’t appreciate or take for granted. Certainly as a gamer who often buys cheaper games on Steam I never fully appreciated the sweat, tears and pain that has likely gone into each.

In some stark contrast to the thousands of scientists and engineers examined in Particle Fever, if the developers fail there is no one to share that failure with. There is no safety net. They are on their own and everything they have rests on that success. So when I bought my copy of Fez this morning for £5 I took a moment to thank Phil Fish for taking the time. Please consider doing the same next time you pick up an indie game.

Conclusion:  A wonderful examination of the cost of obsession and the rewards if it all comes together