Synopsis: A high-profile terrorism case unexpectedly binds together two ex-lovers on the defense team – testing the limits of their loyalties and placing their lives in jeopardy 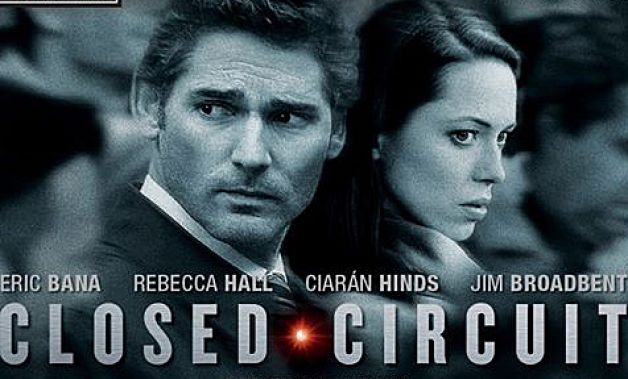 While there have been innumerable Hollywood movies that either directly reference or are heavily influenced by the 9/11 terrorist atrocity, the influence of London’s 7/7 attack is far less evident in British cinema. Closed Circuit tries to build a taught thriller centered on the role of the UK Security Service and British justice system, all the while making a sledgehammer political statement about the expansion of surveillance in post attack London. Unfortunately John Crowley’s efforts end up in a pantomime which paints the British Security Service to be so bumbling and nefarious that they are all one breath away from twiddling big evil mustaches and wearing capes.

After a huge explosion takes place in a packed Central London market place MI5 and the Police quickly swoop in to make arrests and get the people they believe are responsible for orchestrating the attacks. When the Crown appointed defending Barrister kills himself hotshot no nonsense Martin Rose (Eric Bana) is brought in to pick up the case. Working alongside him is an equally hotshot no nonsense Crown appointed Advocate Claudia Simmons-Howe (Rebecca Hall) whose job is to review all of the secret evidence MI5 hold to ensure nothing is kept from the court that may be material to the defense. It quickly transpires though that powerful forces are at work to keep things surpressed that could embarrass everyone. And it goes ALL THE WAY TO THE TOP!….GASP…..snore.

Steven Knight’s (Eastern Promises, Dirty Pretty Things) screenplay is full of terrible dialogue and unbelievably over the top characters that it looses any credibility that someone of his previous calibre should bring to a subject matter such as this. It was also produced by the guys behind Tinker Tailor Soldier Spy which is ironic as the two films couldn’t deal with the idea of power breeding corruption within the spy community more differently. Whereas Tinker, Tailor… was all about slow burning tension and balanced characters dealing with the burden of protecting national interests, Closed Circuit pretty much draws a line and says “you guys over here you are all really, really good and you guys over here should act like you’ve been written as baddies by a 7 year old”.

Given the wealth of talent on display with Eric Bana, Rebecca Hall, Jim Broadbent (almost chewing the scenery to the point of non existence), Riz Ahmed, Julia Stiles, Ciaran Hinds and Kenneth Cranham it is remarkable that it is as one dimensional and lifeless as it turned out. If you want to watch a British spy movie about guardians of national secrets struggling with their own secrets go watch Tinker, Tailor, Soldier, Spy. If you want to watch a spy movie with great dialogue and close quarters action go watch Bourne. If you want to watch thespians snarl at each other and be really two dimensional wait for Christmas and go watch a pantomime. Just don’t watch Closed Circuit.

Conclusion: A disappointing affair all round given the team and cast. The argument about the extent of invisible hand in modern society is a fascinating one that is boiled down to some terrible dialogue and two dimensional characters in Closed Circuit. A waste.