Synopsis: An English couple’s holiday in Spain is interrupted when they discover a girl imprisoned in a cabin. 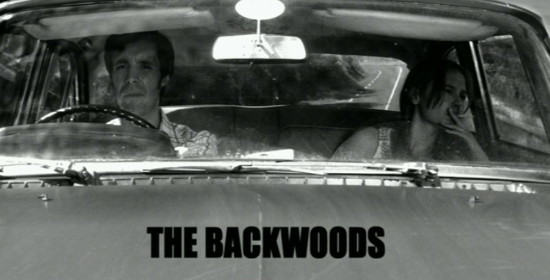 The Backwoods is a dark and engaging British/Spanish thriller that came and went in 2006 with little attention despite the presence of Gary Oldman and Paddy Considine.

Set in 1970’s rural Spain, and by rural I mean there is nothing going on there but trees and more trees, the arrival of two British couples on a driving holiday to their recently renovated farm house marks the beginning of a nightmarish turn of events. When they stop on route at a local tavern a group of locals make it clear they are unwelcome, the situation only partially diffused when Paul (Oldman) reveals his fluency in the local language by virtue of his being born there and raised in the UK. However, as Paul and Norman (Considine carrying the weight of the world) embark on an early morning hunting trip the next day, their discovery of a feral girl locked in a nearby cabin denotes their presence was unwelcome for greater concern than just being annoying tourists.

From the outset Koldo Serra, directing his only majority English language film, soaks the film in a tone very much of the era it is set. There is a grimy, stark quality to it’s location and atmosphere that harks back to the 1970’s euro horror thrillers that it is so evidently influenced by. This is only heightened by the casting of Parisian actress Virginie Ledoyen and Italian actress Aitana Sanchez-Gijon in the roles of Norman and Paul’s wives respectively, both of whom exude sex appeal as well as strength.

Backwoods works best when Oldman is on screen, speaking impressively in a natural Spanish tongue, and struggling to assert his will upon the others about the best course of action to take. Unfortunately where Backwoods is let down is in Serra’s desire to too subtly develop his characters, eluding to tensions amongst the couples but never giving it enough time to blossom. So when decisions have to be made that seem extraordinary they are dampened by a lack of empathy for the characters themselves.

That said it performs well as a concise thriller, a throwback to the 1970’s euro exploitation flicks and a terrible tourist information video for rural Spain.

Conclusion: Not all it could have been given the cast, but a tense and thrilling 90 minutes that will make you think twice about taking that cheap package holiday to Espana