Synopsis: Set in Middle America, a group of teens receive an online invitation for sex, though they soon encounter fundamentalists with a much more sinister agenda. 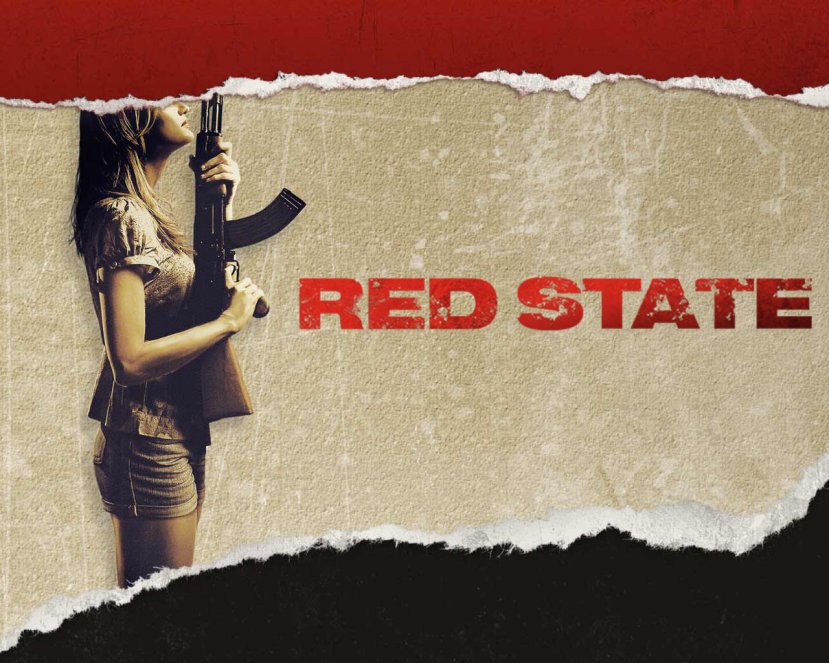 The main problem with Kevin Smith’s attempt to make something that sits as an outsider to his previous body of work is that he uses an interesting and relevant topic to say absolutely nothing about it. Or anything really for that matter as far as I could tell.

Red State succeeds in so much as it is a million miles from the world of Clerks, Chasing Amy and Jersey Girl. Pitched as a Kevin Smith “horror” it is more of a pseudo-political commentary action movie than anything. I guess that just doesn’t look as snappy on the poster. Set in deepest darkest Texas, where a local extreme-extreme-extreme right wing anti-gay nutjob church, clearly modeled on Fred Phelps and family, loom over the town from their secure compound. When three sex fueled teenagers looking for an easy online hookup find themselves inadvertently on the wrong side of their fire and brimstone preaching leader, it becomes clear the church is not all about love and forgiveness.

To this point Smith succeeded in making what looked to be an interesting view on a increasingly high profile form of extreme preaching within areas of the US and the motivations for their actions. There is one particularly long and fiercely terrifying speech from Michael Parks’s preacher to his flock that made my spine tingle with dread.

Unfortunately Smith then hits a point where he moves to part two of Red State and all of the foundations get washed away by the introduction of John Goodman’s ATF agent tasked with taking down the group. And while the action was ably handled by Smith, and Goodman was as excellent as he always is, by the time it was through I could not tell you what Smith was trying to say. The whole second half of the film is a messy bag of mixed messages with the ultimate conclusion being “well we’re all a bit crazy really aren’t we?”.

It’s a shame because there is an intriguing story in here somewhere about the psychology of extreme churches and flock mentality and I wish someone like Jeff Nichols or Bennett Miller would tell it.

Conclusion: A film of two halves with a mess of a last half. I wish Smith hadn’t gotten my hopes up so much in the first 40 minutes to let me down so hard.