Synopsis: An airline pilot saves almost all his passengers on his malfunctioning airliner which eventually crashed, but an investigation threatens to unravel his secret shame

Robert Zemeckis has a tendency to handle emotionally charged movies with a heavy hand, laying on symbolism with a trowel. It’s the cinematic equivalent of watching a rhino trying to build a kitchen extension. When he is good he’s Back To The Future, Forrest Gump and Death Becomes Her. When he’s bad, he’s Beowulf. Flight definitely sits closer to the former than the latter, and is on a par with Forrest Gump, Cast Away and What Lies Beneath. 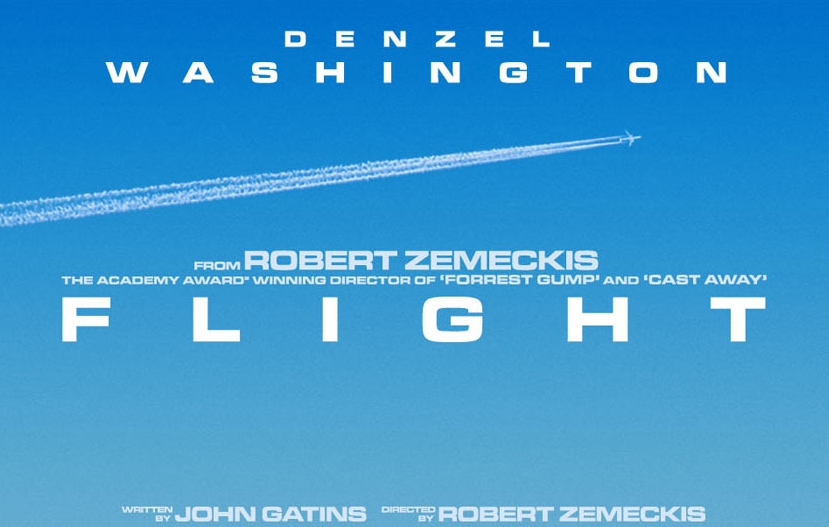 Flight sees the convergence of two lost souls bought together in unrelated tragedies. On the one hand you have Capt Whip Whitaker who, after miraculously crash landing a passenger jet with the loss of only 6 lives, is a national hero. The fact that he was more loaded than Amanda Byrnes at an Irish wedding when he did so is known only to him and one other. Now under the public microscope, and the focus of a massive air crash enquiry, his alcoholism is something he can only keep hidden for so long. While in hospital recovering from his injuries he meets Nicole, a southern belle with a raging heroin problem. One that has landed her in the ER following an overdose. Determined to set herself right, she tries to clean Whip up at the same time. Unfortunately his arrogance is not conducive with accepting help. 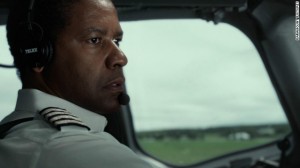 Flight is a simple story of redemption played out against the backdrop a catastrophic event. To that end, it is nothing we haven’t seen many times before. Almost every disaster movie is a story of cleansing and redemption through acute adversity. Where Flight rises above the rest is the partnership of Washington and Zemeckis. When things need to be visually spectacular Zemeckis has demonstrated time and time again that he can create genuinely dramatic, adrenaline fuelled tension with the best of them. The plane crash that underpins the entire movie is a stomach churning, nail biting experience that will stay with me every time I get on a plane from now on (incredibly they have been showing this on Virgin Atlantic flights recently). But in those quieter moments, when Zemeckis is prone to ham fist his way through, Denzel brings a peerless gravitas and keeps it from being too schmaltzy.  Not even Washington could gloss over the sledgehammer symbolism of the crumbling church spire though. Come on Zemeckis, you’re better than that.

Denzel is firmly squared away as one of Hollywood’s greatest anti-hero actors. He has built a career on portraying people you love to hate: Philadephia; Training Day; Safe House; American Gangster. Whip Whitaker and Flight are now firmly in that list. As you would expect from a Zemeckis movie there is an ensemble cast of fantastic actors and actresses supporting Washington. Up and coming Brit actress Kelly Reilly is the emotional centre as recovering junkie and love interest Nicole. You get to see a whole lot of Nadine Valazquez, to the point of being entirely distracting to what else is going on in the scene. The always excellent Bruce Greenwood and Don Cheadle provide the stable backbone. And John Goodman steals the show, as he is often prone to do, as a character that can best be described as a fat Lebowski. 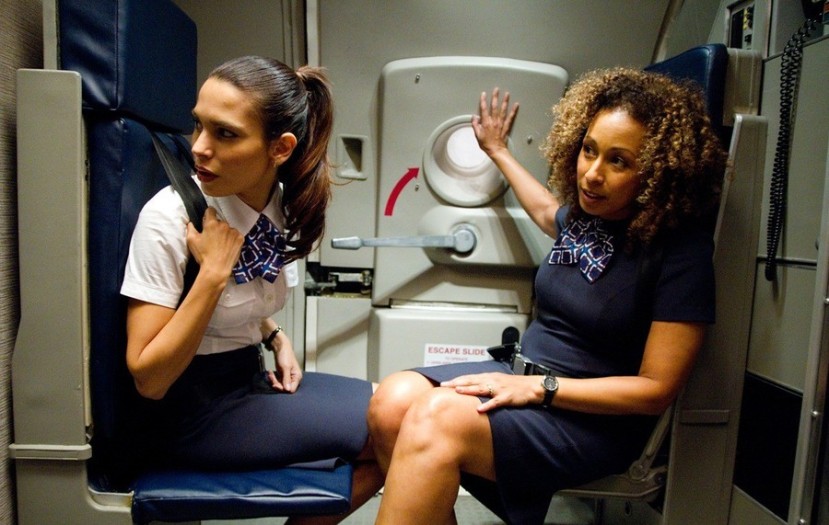 You can see the ending coming from about 45 minutes away, and it’s religious and redemptive symbolisms are about as subtle as a plane wreck. But there is no arguing Flight was an entertaining watch, and a return to form for Zemeckis who has been a little off the boil with his foray into experimental live capture animation work.

Conclusion: It’s nice to see Zemeckis making grounded (excuse the pun) live action movies again, but that Oscar nomination felt like the Academy recognising Washington as the biggest name dealing with an addiction in 2012/13 rather than because it was one of the 9 best roles in that year.

Director: Robert Zemeckis – Had a long and mixed career. Did Back To The Future (wooh!), Forest Gump (stole the Oscar from Shawshank), Cast Away (WILSON!) and Polar Express (creepiest animation ever)

Writers: John Gatis – some time actor, some time writer, Flight is by far the biggest project he has done to date. He also penned Real Steel and is currently showing as having writing duties on the follow up and the Need For Speed adaptation released next year.