Let me make one thing clear; I am not a comic book geek. In the same way before I wrote up Star Trek:Into Darkness, I think this is an important disclaimer. I read comics when I get the chance and I love the fact that cinema has thrived in adapting comic book material since Spiderman hit in 2002. But I am by no means an aficionado of Superman or his origin story outside of what I know from the various screen incarnations over the years. As a superhero and as an origin story Superman has never been a character I have been able to get overly excited about. Unlike the other big names Spiderman and Batman, Superman’s more or less invincibility meant that you kind of knew he was always going to win. I know that the deeper conflict is his trying to fit in and live a normal life while trying to be the World’s saviour, but I still always preferred Spidey and Bats.

Bryan Singer’s Superman Returns (2006) didn’t do much to help matters either. Coming a year after Batman Begins showed film makers how DC’s darker comic book material could be made to be both emotionally engaging and cinematically spectacular, Superman Returns felt 5 years to late. Someone also realised if you want to start a superhero franchise, you need to start at the beginning. So while Christopher Nolan and Avi Arad were busy conquering the World with Batman and the Marvel stable, the people behind Superman quietly went back to the drawing board to start carving their own origin story.

Fast forward to June 2013 and amidst a frenzy of internet buzz over the last 5 months Superman: Man of Steel landed. And while not perfect it certainly feels like it could be the start of something great. 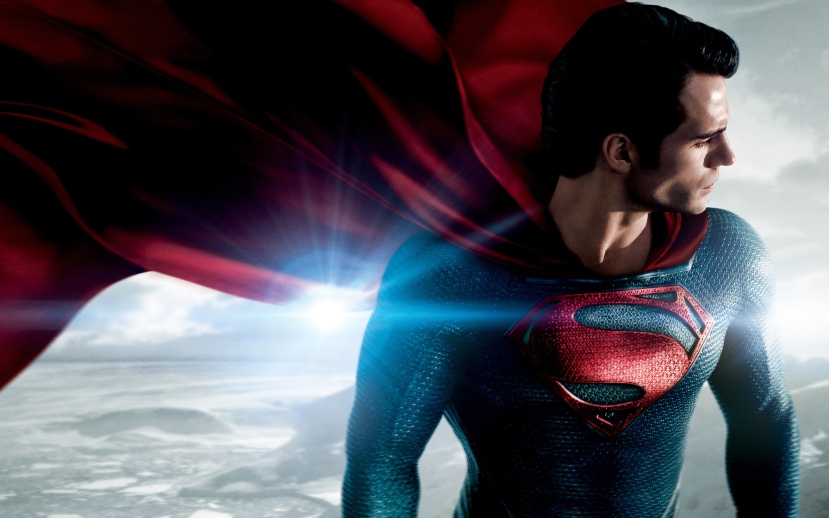 Cinema goers have shown they crave a more complex superhero and in Christopher Nolan, Warner Brothers had the Master of the dark hero in their back yard. Short of getting him to direct, which was never going to happen, they did the next best thing and got him on board to flesh out a story and oversee the project as producer. One of the first things Nolan did was to bring in scriptwriting heavyweight David S.Goyer, the man responsible for  scripting all three of Nolan’s Batman trilogy. It was a smart move as he brings a deft emotional touch in the relationship between Clark and Jonathan and makes good use of his non-linear style of storytelling.

Every film needs a Director though and WB felt like Zack Snyder was the man for the job. I have never liked his work. I thought 300 was massively over rated, I hated Watchmen and I don’t think anyone liked Sucker Punch. My concern when I saw his name attached to the project was that he has zero ability to direct emotion or tension. Whenever things get a little to real he just blows something up. He is like a mini-Michael Bay. That wasn’t what this new Superman needed.

The cast was also going to be key. Brandon Routh, through no fault of his own, was a poor choice for Superman. Christopher Reeves is always the high watermark and in Henry Cavill they have found someone who can carry the mantle both in physical likeness to Superman and portraying the underlying conflict. He wasn’t required to say a huge amount as the majority of Clark’s relationship with his adopted parents (Kevin Costner and Diane Lane) was explored with the younger versions of himself. But in his quieter moments, like when he is is sat incarcerated across from Lois explaining why he let the Army handcuff him to make them feel better, Cavill shows he wasn’t just cast because of his looks. Saying that, you could cut marble with his jaw and nothing will make you feel worse about the giant tub of popcorn you’re eating than the first time you see him without his shirt on. Dude. Is. Cut.

It was also a savvy choice to surround the relative newcomer, who was carrying the weight of the world on his albeit muscular shoulders, with a supporting cast of Hollywood heavyweights. Along with the aforementioned Costner and Lane, Snyder assembled Russell Crowe as Jor El, Michael Shannon as General Zod and Amy Adams as Lois Lane. All are Academy Award winners and nominees, and their presence adds a real weight of respectability, demonstrating how huge superhero movies have become. Russell Crowe did feel like he was phoning it in a little at times but was a 100% better than Marlon “mumble where’s my pie” Brando. Shannon brings none of the campy hilarity to the role of Zod that Terrence Stamp did and is in full Shannon “furrowed eyebrow” intensity. Adams was also a great choice to portray the strong, tenacious female character that Lois Lane is.

The film jumps between moments of pure Nolan and pure Snyder. Nolan’s fingerprints are all over the first 40 minutes as we are taken from a dying Krypton and then eventually to Earth where we are guided, by way of a series of flashbacks, through Clark Kent’s formative years. The damp, grey colours and tones employed by  Snyder and his D.o.P.Amir Mokri as Clark nomadically travels from place to place, leaving behind a trail of urban legend as he can’t help but use his unique powers, felt like left over designs for the early scenes in Batman Begins. Even the epic destruction of Krypton which makes up the first 15 to 20 minutes carried enough emotion with it so as not to be just a lot of noise and light.

The last hour and bit though are all Snyder as what I can only imagine is the vast majority of the budget is used for a sequence of seemingly never ending set pieces. I can’t decide whether it was one set piece to long or whether each set piece could have been shorter, but by the end of it I wanted it to go back to the story. It felt like someone had flipped a switch from Batman to Transformers for the last 25 minutes. There are only so many buildings you can see get destroyed and gas stations blown up before you become somewhat numb to it.

It was, for the most part, fairly spectacular though. The first fight between Zod’s goons and Superman in Smallville was reminiscent of the fight between Thor and Loki’s goons as a small town becomes the playground for rumbling aliens. The collateral damage there though is nothing compared to what follows later as the action is switched to Metropolis. There was little time for breath and Snyder delivered destruction like a kid in a sandbox with a lego city and a whole mess of dynamite. Nothing is safe from him as the action is spread from country to city to space. Yup, there’s a fight in orbit.

Man of Steel was always going to struggle to live up to the extensive hype that the internet had whipped up. 2013 is also a horrific year to try set out your stall as a new franchise contender. Iron Man 3 just set box office records; STID set a standard for silly action fun; and Marvel have two highly anticipated sequels booked in for the end of summer with Thor 2 and Capt America 2. In spite of that though it has managed to make it’s mark in considerable fashion. Origin stories tend to be tricky as so much context needs to be covered off and it suffers from a little to much Snyder in the last 30 minutes. It is a solid start though and hopefully the inevitable sequel can be a little more conversation and a little less action. The final scenes suggest it just might be.

Conclusion: Not in the same league as Batman Begins or Dark Knight Rises but it is the best Superman incarnation in years. If Superman Returns was The New Adventures of Superman then this is more Smallville. Angsty, dark and spectacular, if like so many movies at the moment, 30 minutes too long.