Fox released some mouth watering, fanboy bonerising news this morning outlining the details of their new channels, FXX and FXM. Via our buddies at http://www.wired.com here are the key points and our reactions:

2. That’s the strongest talent pool of any channel I have seen in a while

There are a lot of channels out there that have had high level Hollywood writers, directors and producers working on shows at various times. As far as I can remember (and I am a little tired so this may be poor memory as opposed to fact) no channel, even HBO, has been able to boast the strength in depth all at one time that FXX and FXM can. In no particular order they have announced projects from:

3. It automatically has the strongest comedy line-up on TV

It’s difficult to launch a new channel on new content alone. With this in mind they are migrating three of their biggest comedy shows across; It’s Always Sunny In Philadelphia (#1 all time comedy show at Shoving Buddies), The League (probably in the top 5 of that same list) and Legit. (which I have not seen in full, but looks pretty funny from the snippets I have seen). 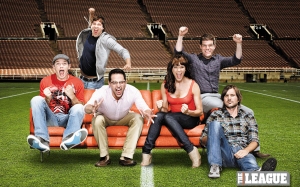 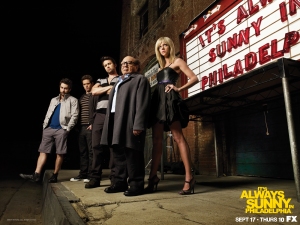 Time will tell as to how all this pans out. Just because things are in development, doesn’t always mean they’ll make it to the screen. And big talent has been attached to less than successful TV shows before. Look at Steven Spielberg’s Taken, which only ran for one series. But at this point that is a pretty strong start. Between this, HBO, Showtime, AMC and Netflix Original these are exciting times for television like never before.