At the beginning of two weeks vacation where I was not going anywhere and knew I would have time to kill around the house, I felt it an opportune time to root around Xbox Live for a new game. Having lost huge chunks of my life to Skyrim DLC it had to meet certain criteria;

2. It had to have a short completion time

I knew right away that I needed to head for the Xbox Live Indie store. At the top of the popularity list; Office Disorders. It looked fun, but posed a dilemma. Do I really want to spend my vacation time playing a game where I work in an office filing paperwork? 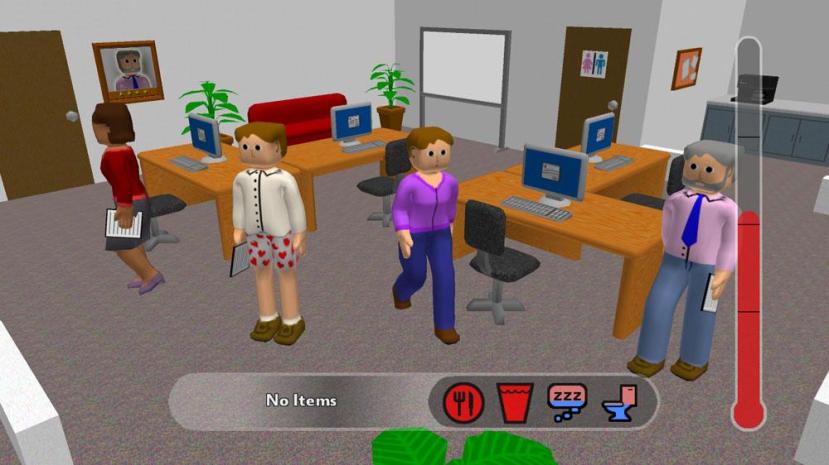 Office Disorders is on the outside a basic strategy-lite game that could easily have been a PC release from the late 90’s with its blocky graphics and clunky movements. To be honest with more and more hyper-realistic graphics engines being developed it was actually kind of refreshing to play something old-skool.

The storyline (what there is of it) is pretty simple. You are an intern at a company that doesn’t actually make anything. You have to complete tasks for your colleagues while making sure you don’t get stressed by keeping fed, hydrated, toileted and rested. It is essentially a string of The Sims as a standalone.

Now I have worked in offices my whole adult working life, some of it in projects where a lot of money seems to get spent on things that never come to fruition. I have also spent hours walking around with stationary looking busy so people wouldn’t bother me. In fact it is a well known fact that if you walk around with a piece of blank white paper looking like you’re going somewhere people won’t bother you. Clearly the writers and developers have worked in the same offices as the more I played it the more sarcastic the game got. 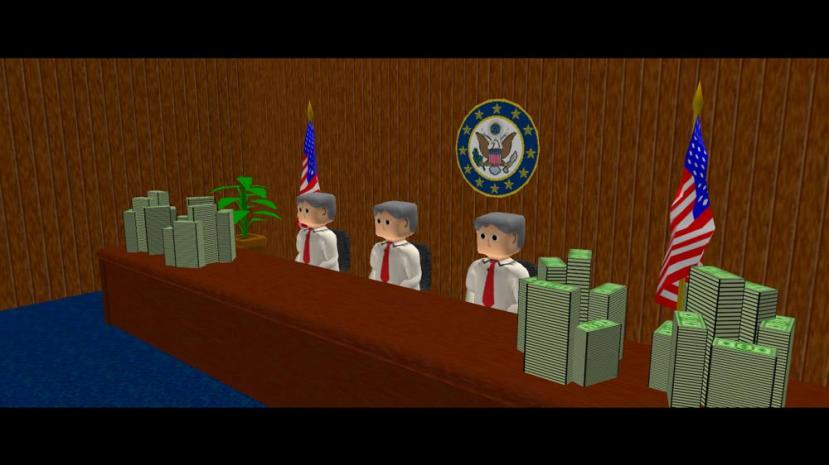 Office Disorders is genuinely, laugh out loud funny. The writing is sharp, witty and often absurdist. These guys obviously watch a lot of improv comedy. The less time you spend on making it look pretty, the more time you can make it funny and engaging. By the time you get to the last chapter it becomes clear though that this is all part of one big point about the ridiculous nature of modern business.

A great way to spend a few hours.